By Unknown
August 25, 2011appleSteve JobsSteve Jobs Resignstech newsTim Cook
Apple co-founder Steve Jobs has resigned as the company's chief executive officer, but will stay as its chairman of the board. An Agence France Presse report via Yahoo! News said chief operating officer Tim Cook would take over as CEO. 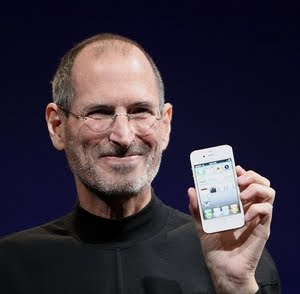 The reason for Job's resignation was not given, but it must be related to his health condition as he has gone on medical leave.

According to the Cupertino, California-based company, Jobs submitted his resignation on Wednesday and urged the board to implement its succession plan and name Cook as his replacement.

Cook ran Apple when Jobs went on medical leave and has essentially been running day-to-day operations since early this year with the company racking up record revenue and profit, the report said.