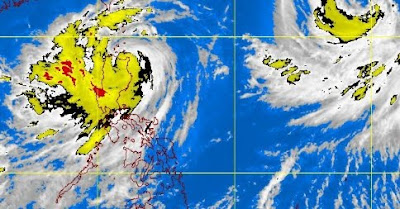 At 4:00 pm today, Typhoon “Mina” was estimated based on satellite and surface data at 50 km Northeast of Aparri, Cagayan (18.7°N, 121.9°E) with maximum sustained winds of 165 kph near the center and Gustiness of up to 200 kph. It is forecast to move Northwest at 7 kph, the weather agency added.

Estimated rainfall amount is from 15-25 millimeters per hour within the 600 km diameter of the typhoon, it said.