By Admin
July 30, 2011Cagayan De Oro CitynewsPhilippinesTornado
A tornado has hit the golden city of friendship Cagayan de Oro last Friday. Citing a report from the city's Social Welfare and Development Office, an ABS-CBN news article said many families were left homeless after the tornado destroyed more than 40 houses in barangays Bulua and Patag there. 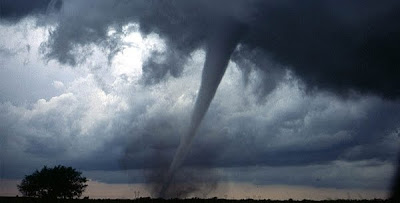 No persons have been reported dead or injured, but the roads in those villages were littered with tree branches and debris, the source said.

Local government officials said the affected families had to stay at evacuation centers after the incident.

Earlier, a weather expert at PAGASA in a television interview mentioned global warming as the possible cause of the increasing occurences of tornadoes in the Philippines.