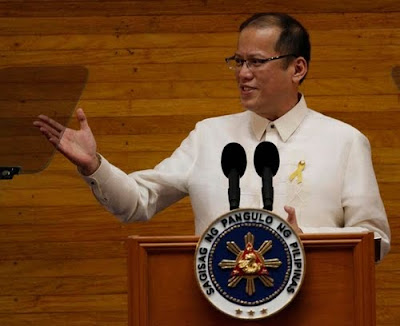 Political analysts said that although his SONA lacked topics that should have been mentioned so that the people will know his stand on them such as the Reproductive Health (RH) Bill, Freedom of Information (FOI) Bill, education, climate change and poverty alleviation, at least it had less bashing on the previous administration like what happened in his past speeches.

In his SONA, the President vowed to end the culture of ‘wang-wang’, lined up new legislative measures for people’s benefit, called on private sector to pay proper taxes, and vowed to defend the country’s territory and sovereignty.

Aquino said he is ready to submit the proposed 2012 national budget to Congress for deliberation. He also made mention of the appointment of former Supreme Court Justic Carpio-Morales as the new Ombudsman. PNoy likewise asked Filipinos to stop the ‘culture of negativism’ or what we commonly call ‘crab mentality’.

The full transcript of President Aquino's SONA can be obtained from here. A video of his SONA can be replayed anytime on this page, and a downloadable copy has been provided by the government's website as well. You can get it from here.