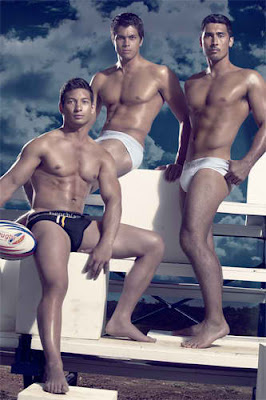 “Good news! Just talked to Mayor Abalos of Mandaluyong. He ordered the removal of the 'men in briefs' billboard! Thank you Mayor Abalos!,” Gatchalian tweeted.

“Mayor Abalos: I personally investigated it and I myself was shocked to see it! Thanks again!”

Netizens on Twitter and Facebook went abuzz with tweets and status updates criticizing the sexy Philippine Volcanoes rugby team billboard spreading left and right. While many people liked it, more found it indecent.

The billboard has become a favorite topic on social networking sites after questions such as “Why did authorities single-out the PHL Volcanoes billboard?” and “Why only that particular billboard was removed when there are other ads with sexy photos along EDSA?” were brought up.

The rugby team, whose players are currently in Australia, has not issued an official statement regarding the issue as of this posting.