Casey Anthony To Be Released July 13

By Admin
July 08, 2011Casey AnthonyCaylee Anthonynews
A Florida judge on Thursday sentenced Casey Anthony to four years in jail for providing false information to law enforcement during the investigation after her 2-year-old daughter Caylee disappeared in 2008.

Casey, however, will be released from custody on July 13 after getting credit for time served and good behavior. She already spent 1,043 days behind bars since her arrest. 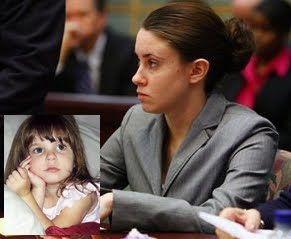 Casey was acquitted on Tuesday of killing her daughter. The disappearance of Caylee and the trial attracted widespread media coverage and has become sensational over the internet.