By Unknown
July 29, 2011AzkalsAzkals vs Kuwaitsports
Their 2014 World Cup campaign has ended, but the Philippine Azkals will be seeing football action again when they battle foreign teams from Hong Kong, Macau and Chinese Taipei in the 2011 Long Teng Cup later this year. 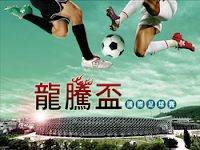 The 4-team competition, Araneta reportedly said, will be held in Chinese Taipei.