According to reports, the Azkals controversy started in a tabloid and a blog which claimed it got an email containing screenshots of the Facebook conversation between one “Neil Etheridge” and a certain “Paul Weiler,” believed to be a fake Philippine Football Federation (PFF) consultant. 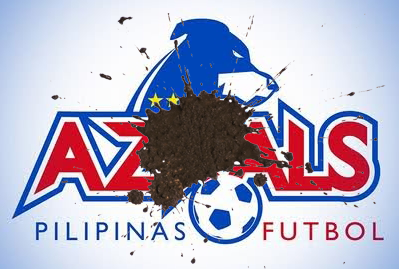 Then the unverified information that Azkals players “took home a bar girl” and one allegedly secretly “recorded the foursome” surfaced and spread on the web like wildfire.

On Monday, July 11th, ABS-CBN TV Patrol flashed the names of the 4 Azkals in the rumored video scandal based on Paul's account. They were Anton del Rosario, Jason Sabio, Simon Greatwich, and Neil Etheridge.

Jason Sabio, Paul Weiler claimed, was the one “holding the camera” while other players were 'raping' the girl. Weiler also wrote that the “Master mind” of the alleged “sex violence” was “Anton del Rosario.”

In the interview, the players refuted the rumors and instead thanked everyone for continuing to support the team. They are set to play against Kuwait on July 23 and July 28 for the 2nd round of the 2014 FIFA World Cup Qualifiers.

While some netizens predicted that this story will become sensational as the broadcast media already picked up, die-hard fans of the Azkals downplayed it with the allegation that it was purely fabricated by a tabloid writer who hates the Azkals.

Others alleged that a 'sour graping ex-girlfriend' of Azkal Phil Younghusband was the one who started the intrigue.

Full page screenshots of the supposed ‘evidences’ of the video scandal and rape issue against the Azkals were posted. We've figured out that attaching them here would be inappropriate and, well, useless.

We found this issue quiet intriguing and so we thought of getting out of the box to dig more information and to put more substance to this blog entry (as we always do to most of our posts).

Our friend Google brought us to the forum site www.azkals.com which has a topic that discusses about one of the persons involved in the phony conversation - Paul Weiler. The post, published in March 2010, was titled “Paul Weiler is he a GOD or a FRAUD?”

In his introduction, forum member “Sorin” explained that he started the thread “in order to expose Mr Paul Weiler.”

“He somehow mislead the PFF and was appointed to be PFF,s consultant in Germany for a very brief period of time as they realised he was a total Fraud and a toothless pretender as he has no relevance and importance back in Germany and no help to PFF what so ever. Despite PFF instructing him not to claim to be a PFF consultant anymore he has been exposed doing time and time again,” the thread starter added.

Tabloids (we heard Bandera was one), television stations (ABS-CBN Channel 2 and its sister station ANC), websites and blogs that featured the alleged Azkals sex video and rape scandal have fallen victim to the fraud one way or another.

Based on the details, we can conclude that the Azkals sex video and rape scandal is a hoax. We suspect that Paul planned to use the controversy to besmirch the reputation of the Philippine Azkals or, maybe, extort the team money.