Angelica Panganiban Stands By BF's Side Amid Controversies 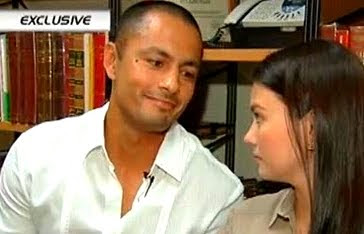 In an interview, Angelica revealed that Derek's lawyers are taking care of the issue and said that she is standing by her boyfriend's side.

A recent news feature on ABS-CBN's TV Patrol showed an NSO-certified copy of a marriage certificate of “Derek Arthur Ramsay” and “Mary Christine Jolly.” According to the report, the wedding took place on April 3, 2002 at the mayor's office in Balagtas, Bulacan.

Angel admitted that she already had knowledge of the issue long before it was 'exposed', even at the time when she and Derek were still friends.

The actress pointed out that her boyfriend doesn't hide anything from her, even his best kept secrets. She added that both of them expect this controversy to happen and it did.

She will continue to support Derek, Angelica reportedly said, and that she will stay on her boyfriend's side. The actress also expressed her gratitude to all those who understand what they are going through.

Meanwhile, Derek in an interview said: “This is a very personal matter which I’ll share with everyone and have to face in the coming months. For me...just like all the other intrigues that happen every month, I’ll focus on work. And for those who have given support, I want to say thank you and let you know that she stands by me and our relationship is very strong.”