“Okay lang sa akin kasi friendly game lang naman. It's fun also to see na Gerald Anderson playing against me. If he wants to do it, sige,” the Green Archers star point guard in an interview said. 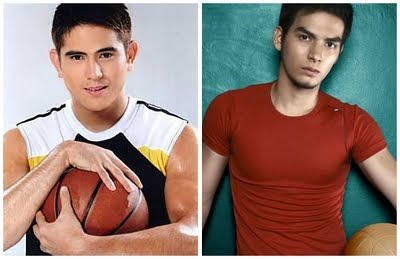 Fans have become excited of the proposed hoops duel. One of them posted in a social networking site that she looks forward to watch it, saying “magkakaalaman na who's good in basketball at kung sino talaga sa kanila ang ipaglalaban si Kim.” Others teased that ‘the prize should be Kim Chiu’ no more no less. “Nakakakilig for sure,” tweeted a fan.

However, Gerald in a separate interview said that his challenge to Atkins was just a joke.

The Simon Atkins versus Gerald Anderson basketball game should push through as fans are clamoring for it to happen. If it will be shown live for let's say 10 minutes on E-Live or The Buzz it will surely be fun to watch. Go for it ABS-CBN!