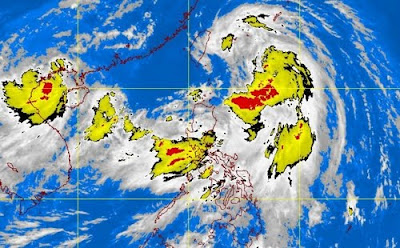 As of 4:00 a.m. June 25, the state weather bureau said Tropical Storm Falcon was spotted at 590 km East Northeast of Basco, Batanes. It has maximum sustained winds of 105 kilometers per hour (kph) near the eye and gustiness of up to 135 kph as it continues to move at 24 kph in a North Northwest direction.

Weather forecasters said TS Falcon is expected to be at 680 km North Northeast of Basco, Batanes or at 320 km West Northwest of Okinawa, Japan Saturday morning.

PAGASA reported that this disturbance will continue to enhance the Southwest Monsoon and bring occasional rains over Luzon particularly over the western sections of Northern and Central Luzon.