Coleen Garcia trending in search — Is she the 'next big thing'?

By Spicy Sugar
June 02, 2011Albie CasiñoColeen GarcianewsNext Big Thingtrending topicyahoo search
Young Kapamilya actress Coleen Garcia has been trending on Yahoo! Search for several times, which means netizens like/love to know more about her and are obviously following updates on her whether personal or career-related.

For those who are not in the know, Coleen Garcia plays the role of “Monique Castillejo” in the teen-oriented program “Good Vibes,” which airs on ABS-CBN, opposite Sam Concepcion who portrays the character of “Marc Pedroza.”

While she is one of the most-searched celebrities on Yahoo! Search, Coleen is also well-appreciated for her appearance as judge at Kapamilya network's daytime talent search program “Showtime.” Everyone loves to watch Coleen as a Showtime ‘Hurado’.

She's getting many followers on Twitter and everytime her friends post photos of her in Twitpic, fans (particularly guys) have become so excited to comment right away; it's like they're getting crazy for her.

Is Coleen the ‘next big thing’? What do you think? 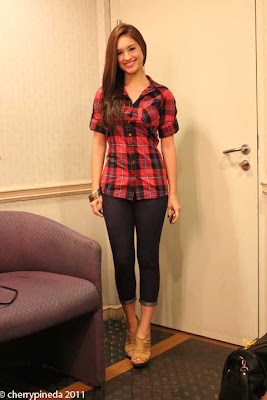