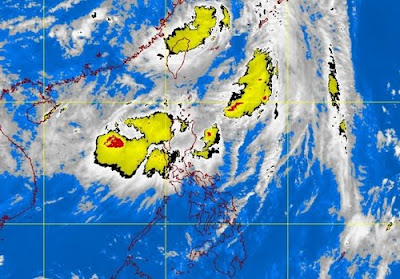 Among those missing are ten fishermen from Virac, Catanduanes and one individual from Ligao City in Albay who was swept away by raging water from flood caused by insistent heavy rains brought by Bagyong Falcon.

Lily Rose Cecista, a resident of Ilang-Ilang Street, Barangay Immaculate was injured after a tornado struck some parts of Quezon City past noontime Friday, June 24. Reports said the twister also damaged several houses and downed electrical lines and trees in Kamuning and nearby areas.

Complete list of missing persons based on SitRep No. 5 of the NDRRMC (full copy attached):
NDRRMC said that a total of 68,939 families or 329,904 persons have been affected by floodings in 220 barangays of 27 municipalities and 14 cities in 4 regions. Of the total affected, 15,621 families or 75,150 persons were evacuated at 77 evacuation centers, the NDRRMC report stipulated.

The estimated cost of damages to agriculture and infrastructure in Region 3 alone is more than P5 Million, the NDRRMC added.