By Spicy Sugar
June 30, 2011Andi EigenmannAndi Eigenmann is pregnantJaclyn Jose
Kapamilya actress Andi Eigenmann's pregnancy has created a stir in the internet. In fact, Andi's situation was trending worldwide on Twitter. Not only that, her two former boyfriends, Albie Casiño and Jake Ejercito (one of them allegedly got her pregnant), have also become hot topics in websites, blogs and online fora. 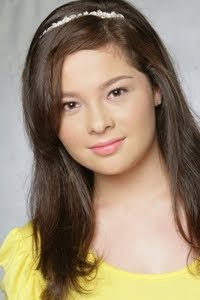 Netizens have mixed reactions on the issue considering that the news that Andi Eigenmann is pregnant came as a shock for most people, but the young celebrity earned overwhelming support in social networking sites Facebook and Twitter specially from her fans and friends.

Jaclyn reportedly said it is enough that she has accepted the fate of her daughter and that she fully supports Andi in this trying time in her life. The whole family considers the unborn baby as a blessing for them, Andi's mom pointed out.

When asked if she demands support from the baby's father, the actress was heard as saying that she doesn't want to mention and even remember the person anymore. She reportedly said the family is not asking anything from him.

Jake, son of former president Joseph Estrada with Laarni Enriquez, has denied that he is the father of Andi's baby. He posted the following status update on Twitter:

“I'd just like to ask everyone not to jump into conclusions and misinterpret what has been said. I am not Andi's first boyfriend. Let us just respect and pray for her, her baby, and family.”

“No ones denying nor confirming. Just saying he is not her 1st bf & I didnt hear ms jaclyn say Albie did u?”