Opposite the beauties are Aljur Abrenica, Tom Rodriguez and John Lapuz. It also introduces Mikael Daez who was earlier involved in an alleged scandal with a nude photo that circulated in social networking sites Twitter and Facebook, and blogs. 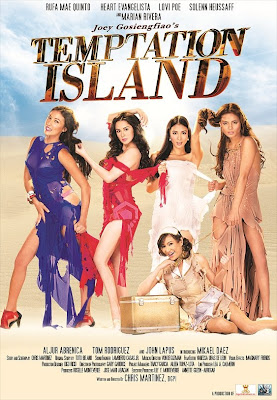 The 80's flick was directed by the late Joey Gosiengfiao; this time around, it's director Chris Martinez who helmed the film. He is also the Writer at the same time.

Better quality and some new twists in the story are expected to happen to fit to the taste of modern-day moviegoers.

After this poster, we anticipate the official movie trailer to come out by next week.