PNoy and Pacman together (photos)

By Admin
May 21, 2011manny pacquiaopacmanPNoyPresident Noynoy Aquino
Philippine president Benigno Aquino III on Friday, May 20, received boxing champ and Sarangani representative Manny Pacquiao during a courtesy call at the Yellow Room in Malacañang. The Pacman gave PNoy a pair of yellow boxing gloves bearing his signature and a jacket.

The boxing superstar wore yellow gloves during his title defense fight against Shane Mosley last May 7 in Las Vegas to support the country's anti-poverty campaign.

The following are photos from the courtesy call which we consider as ‘rare’ considering that the two personalities can only be seen in one place once in a blue moon. 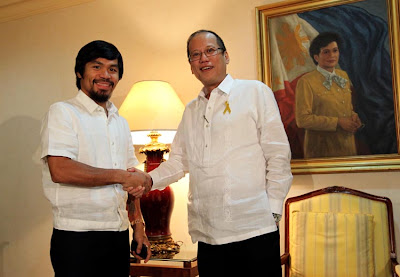 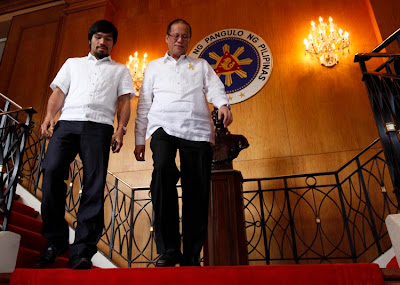 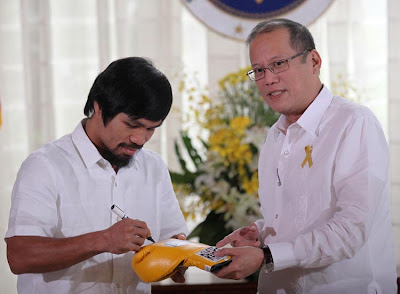 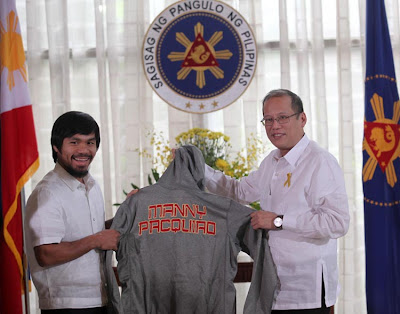 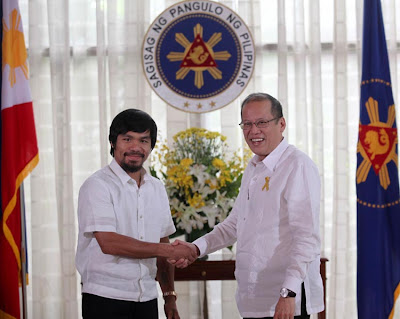 Malacañang spokesperson Abigail Valte said the meeting between the two lasted for more than one hour. The president brought up the RH Bill issue to congressman Pacquiao, Valte told the media. The solon is an anti-RH Bill advocate.

Valte said Aquino explained to the lawmaker his position on the controversial proposed measure. Pacquiao assured that he understands President Aquino's stand on the issue, Valte reportedly said, but clarified that Malacanang is not expecting the boxing champ to change side.