By Unknown
May 02, 2011fake photonewsOsama Bin Laden is deadPhotoshop
Warning: Photo below may not be appropriate for some. Viewer discretion is advised.

A photo showing the face of a dead Osama Bin Laden, mastermind of Al Qaeda terrorist group who was reportedly killed in Pakistan on May 1, is circulating in the internet and being displayed on some television programs. But an expert from the Photo Blog of msnbc.com concluded that the image was “manipulated” and therefore, “fake.” 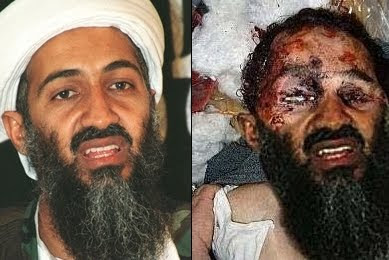 “Based on an initial look into the image file, we agree, and think it’s a fake. At first glance, the pixelation around the “wound” area and the odd lack of transition between different colored cloth and flesh indicate that the image has been manipulated.”

We agree. There's no doubt the photo is fake.