By Spicy Sugar
May 22, 2011Chalk MagazineCover GirlJulia MontesKathryn BernardoStarStudio Magazine
Aside from the upcoming film, Mara Clara fans have another reason to celebrate the success of their idols. The teleserye's lead stars, Kathryn Bernardo and Julia Montes, make their debut as cover girls of not just one, but two widely-circulated magazines this June 2011!

Chalk and StarStudio magazines will have the two Mara Clara stars together on their covers. It's a double treat for Kathryn and Julia's fans who will have to save P195 to buy both magazines. Chalk costs P95 while StarStudio is sold for P100, but it's super sulit naman. 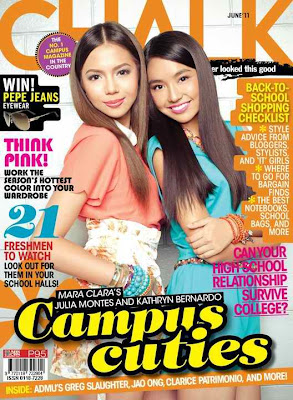 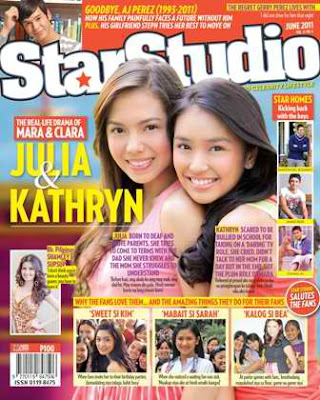