Considering that he is a household name for his noontime variety show, it's surprising to know that John only has 353 followers as of this posting. 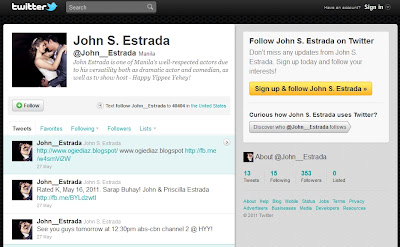 We found out that John's authentic Twitter account is very hard to find in search engines and even on Twitter. Googling it will bring one to the page of a filmmaker from Austin, Texas.

If you're a fan of Filipino actor John Estrada and wanted to follow him on Twitter, the account to go to is twitter.com/john__estrada, with two (2) underscores.