By Unknown
May 26, 2011Facebok Musicfacebookmusic streamingSpotifytech news
There's a rumor that's making rounds in tech websites and blogs during the past 24 hours. Facebook, the worlds largest social network, is reportedly partnering with digital music service Spotify for a new music streaming service. 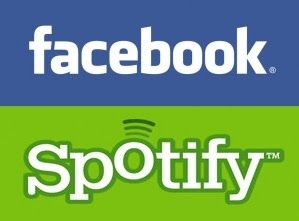 According to a report by Forbes, the European-based music streaming service will be integrated into Facebook to enable its users play from Spotify’s library of millions of songs through the social networking site.

The service, which is presently in a test phase, “could be launched in as little as two weeks,” Parmy Olson for Forbes wrote.

When launched, Facebook users will see a Spotify icon appear on the left side of their newsfeed, the report said, and clicking it will install the service on their desktop.

The service will include a function that lets Facebook users listen to music simultaneously with their friends over the social network, one of the sources reportedly told Forbes.