AJ Muhlach is a typical boy-next-door in new ‘Bagets’

By Spicy Sugar
May 22, 2011Aga MuhlachAJ MuhlachBagetsnewsTV5
Since the pilot episode of TV5's teen-oriented show “Bagets: Just Got Lucky” aired last May 15th, AJ Muhlach became a trending topic on Yahoo! for several times already and is currently one of the most-searched celebrity names. 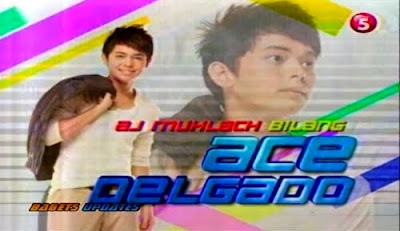 AJ's brother, “In The Name of Love” leading man Aga Muhlach, who starred in the original Bagets back in the 1980's, must be happy about it.

Aga reportedly gave his younger bro tips in as far as acting is concerned. Reports said the older Muhlach also gave AJ some pointers to guide the young actor in his showbiz career.

In an interview, AJ told reporters that he is happy for the program's success this early. He mentioned that he got the inspiration from his Kuya Aga.