By Spicy Sugar
May 19, 2011Bunny CalicaLen LopeznewsPNoyPresident Noynoy Aquino
Aside from his stand on the RH Bill, one of the most discussed topics about President Benigno Aquino III is his lovelife. In fact, that part of PNoy's private life, most particularly his dating different women one after another, was mentioned during the time when his critics labeled him as a “lazy” president.

Bunny, who has been linked to the bachelor president lately, is 27 years old; apparently the youngest among PNoy's dates. She is an educator who teaches mostly Korean students, the Inquirer.net report said.

They were spotted together in one table seating beside each other during the reunion concert of the Hotdog band earlier this week. 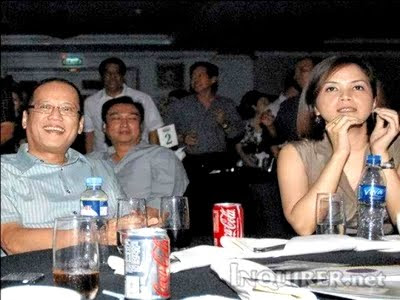 When asked about his dates during interviews, the president would always say that it is his private life so he refuses to talk about it. He's right. But as a public figure now whose political campaign then was popularity-driven, everything he does as the country's number one is being watched and scrutinized.