By Spicy Sugar
April 30, 2011Gary ValencianoIn The Name of LoveMovie ThemesongmusicnewsOSTWhere Do I Begin (Love Story)
Star Cinema has replaced the themesong of “In The Name of Love,” top billed by Aga Muhlach, Angel Locsin and Jake Cuenca, from the Rey Valera hit “Naaalala Ka,” sung by Jerico Rosales, to “Where Do I Begin (Love Story)” revival by Gary V.

“Where Do I Begin? (Love Story)” is a popular song published in 1970 with music composed by Francis Lai and lyrics written by Carl Sigman. The song was an instrumental theme of the 1970's movie, “Love Story.” The lyrics were added after the instrumental became a big hit.

The song has been covered many times by popular singers, among them Andy Williams, Henry Mancini, Rick Astley, Johnny Mathis, Astrud Gilberto, Shirley Bassey, Richard Clayderman, Ray Conniff and Barry Manilow. It was also used as themesong in some Hollywood films.

In 2011, ‘Mr. Pure Energy’ Gary Valenciano performed the revival of “Where Do I Begin (Love Story)” as soundtrack of the movie “In The Name of Love” which will hit theaters on May 11, 2011. 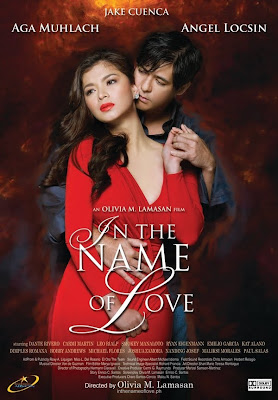 Where Do I Begin - Lyrics

With her first hello
She gave new meaning to this empty world of mine
There'll never be another love, another time
She came into my life and made the living fine
She fills my heart

She fills my heart with very special things
With angels' songs , with wild imaginings
She fills my soul with so much love
That everywhere I go I'm never lonely
With you my love, who could be lonely
I reach for her hand-it's always there