By Admin
April 07, 2011Jan-Jan IncidentnewsWillie RevillameWilling Willie
Lawyers of TV5 and Willing Willie on Thursday presented the investigation report of the network's internal Ombudsman on the alleged March 12 "child abuse" incident during the preliminary conference hearing held by the Movie and Television Review and Classification Board (MTRCB).

TV5's press statement is posted below. 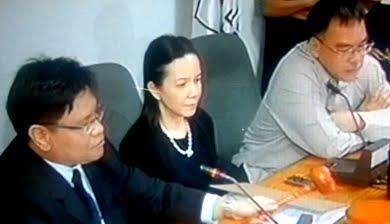 The report entails a very shocking finding — the Jan-Jan video on YouTube and Facebook were apparently “spliced” and “edited” to make it appear that Jan-Jan was "forced" to perform like a macho dancer.

Willie Revillame's lawyer reportedly requested that three members of MTRCB's Hearing and Adjudication Committee inhibit themselves because they are purportedly have links or are connected in a way to a rival television and radio network that aims to "destroy" Willie Revillame.

As far as we can remember, it was a video clip of a segment of ABS-CBN's “Goin' Bulilit,” a gag show featuring children covering adult roles in various comedic situations.

The following is TV5's official press statement on April 7, 2011:

“At today’s hearing of the Complaint against TV5 for the airing of the WILTIME BIGTIME segment of WILLING WILLIE episode on 12 March 2011, TV5 represented by ACCRA Law, argued that the MTRCB has no jurisdiction over the subject matter, particularly that the Complaint is a direct accusation of alleged acts of child abuse, which is criminal in nature. Even assuming the MTRCB has jurisidction, the creation and composition of the present panel do not afford TV5 due process, particularly its right to be heard by an impartial tribunal, considering that all 3 panel members are conflicted as they have close links or relationships with a rival network involved in legal cases with TV5 and Willie Revillame. Furthermore, it was found that this rival network has also aired dance numbers of children with very similar dance movements as those of Jan Jan’s. These dance performances aired in the other network were presented to the MTRCB at today’s hearing.

TV5 also submitted its report to the MTRCB on its internal investigation into the incident involving the six-year-old boy Jan Jan Suan who performed a dance number on the program “Willing Willie”.

A key finding of the investigation was that the versions of the incident that were circulated on YouTube and Facebook were substantially different from what actually took place and was aired on the TV program. While the segment where Jan Jan appeared spanned a period of 48 minutes in the actual show, the YouTube and Facebook versions lasted for only around ten minutes or less.

Apparently, the YouTube and Facebook videos were deliberately spliced and edited to put the program “Willing Willie” and its host Willie Revillame, as well as the program’s live audience, in the worst possible light. They made it seem as if Jan Jan was crying throughout his performance, as if the boy had been coerced, and as if Revillame had acted callously to humiliate the young contestant.

In fact, the full, unedited recording of the program showed that Jan Jan was clearly and more often “emoting” while dancing and that when he did cry it was because of the intimidating presence of Bonel Balingit and because he had lost in the game portion of the show. In the unedited version, it was plainly obvious that Jan Jan had not been forced to dance against his will. For his part, Revillame was very favorably impressed by Jan Jan’s performance and sought to praise and celebrate rather than put him down.

In the context of the full performance of Jan Jan on “Willing Willie”, it is exceedingly clear that he was not coerced in any way; that his performance was not lewd or obscene.

The Complaint speaks of gyrating movements which, however, are not obscene per se nor suggestive of a sexual or immoral act. Indeed such movements are part of a dance form called “body wave”. The “body wave” is no different from the familiar dance moves we have been accustomed to today, such as the “lambada”, bellydancing and the “spaghetti” dance.

As far as the minor is concerned, he is exhibiting a dance movement. In fact, body wave dancing has become part and parcel of Philippine pop culture. In many town fiestas and private gatherings, adults allow their children to dance in this manner.”