The Terminator is back, Schwarzenegger to revive role

By Spicy Sugar
April 28, 2011moviesnewsThe Terminator
After stepping down from public office as Governor of California earlier this year, Arnold Schwarzenegger is reportly back to his acting career. Reports from Hollywood said the actor is working on a project that will revive his role as The Terminator, the iconic cyborg film that made him a worldwide household name. 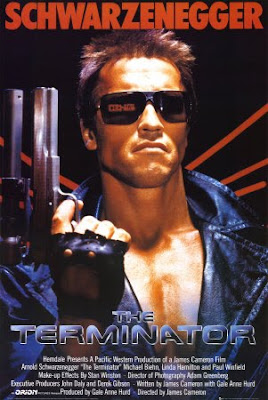 Deadline.com reported that Creative Artists Agency (CAA), a prominent entertainment and sports agency headquartered in Los Angeles, has dropped the package last Tuesday. The website posted that Universal, Sony, Lionsgate, and CBS Films are among the major studios who are considering a bid for the package’s rights.

Once the project pushes through, the upcoming Terminator would be the fifth installment of the movie which was started by director James Cameron in 1984. Back then, it topped the American box office for two weeks and helped launch the film careers of both Cameron and Schwarzenegger.

Four year laters, The Terminator was selected by the Library of Congress for preservation in the United States National Film Registry, being deemed “culturally, historically, or aesthetically significant.” Also in 2008, Empire magazine selected it as one of “The 500 Greatest Movies of All Time.”

The character was selected as the 22nd greatest movie villain on American Film Institute’s 100 Years... 100 Heroes and Villains. Schwarzenegger’s catch phrase “I'll be back” was voted the 37th greatest movie quote by the AFI.