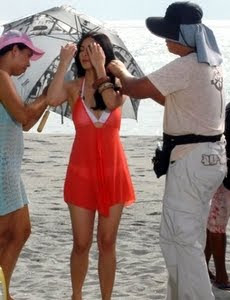 In the movie, Marian will portray the role of a dragon who got cursed to become human.

The actress-commercial model, reports said, was also delighted that all of her co-Amaya cast members such as Sheena Halili, Mon Confiado and the rest of the crew are also in Panday. Amaya is Marian's upcoming epic series on GMA.

Ang Panday (Ikalawang Aklat) is directed by Mac Alejandre and is expected to be an entry to the Metro Manila Film Festival (MMFF) this year.