By Admin
April 26, 2011CBCPIglesia ni CristonewsReproductive HealthRH Bill
While the Catholic church aggressively go up against the Reproductive Health Bill, solons and pro-RH Bill groups pushing for it have found a supporter in Iglesia Ni Cristo (INC), reports on Monday said. The INC is popularly known for casting solid votes both in local and national elections. 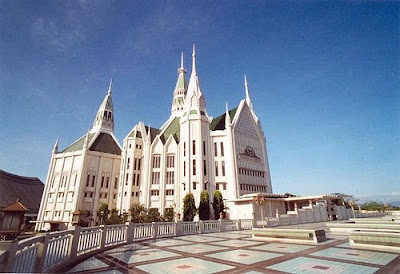 According to a report aired on TV Patrol, INC's Executive Minister Eduardo Manalo wrote a letter to Biliran representative Rogelio Espina in October 2010, expressing its stand that the RH Bill can address many of the country's problems stemming from overpopulation.

Part of Manalo's letter reportedly reads: “Many of society's worsening ills can be traced to families growing so large that an increasing number of parents cannot provide the most basic human needs to their families.”

Advocates of the RH Bill believe that with INC's support, the measure will succeed at the House.

Former Akbayan party-list representative Risa Hontiveros-Baraquel reportedly claimed that there are “at least 100 authors in the House” aside from those who are not authors but have assured them of their ‘Yes’ vote.

The Catholic Church, meanwhile, reportedly said their campaign for natural family planning will continue whether it wins or loses in the battle against the RH Bill.

In one of its statements known as “Choosing Life, Rejecting the RH Bill,” the Catholic Bishops Conference of the Philippines expressed its stand for pro-life. “We must defend human life from the moment of conception or fertilization up to its natural end,” the CBCP said.

The group also called upon legislators “to consider the RH bill in the light of the God-given dignity and worth of human life” and to “shelve” the meaure “completely.”