By Spicy Sugar
April 21, 2011AJ PerezGello Pereznews
Gello Perez, younger brother of the late teen actor AJ Perez who recently died in a tragic road accident, was interviewed during TV Patrol's entertainment news segment on Wednesday where he mentioned fond memories about AJ and him together.

He also talked about how much he and the entire family loved AJ. 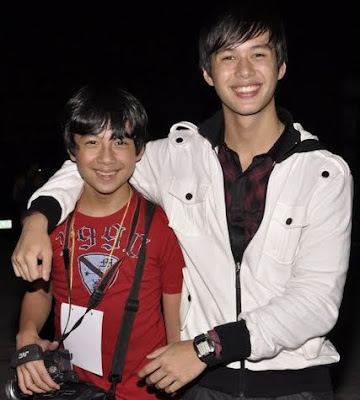 In the interview, Gello revealed that both of them were scheduled to watch Justin Bieber's concert on May 10th but sadly, his brother is now gone.

Gello told the media that he is having a hard time accepting his brother's untimely demise, but he reportedly said AJ would have wanted him to be strong during trying times.

After the interview, netizens reportedly immediately turned to social networking sites Twitter and Facebook to clamor for Gello Perez to enter showbiz.