By Spicy Sugar
April 09, 2011Gagamboy 2moviesStar Cinema
Actor-comedian and “Showtime” host Vhong Navarro is now busy shooting for the 2011 remake of his 2004 Filipino superhero film “Gagamboy.” This was revealed recently by ABS-CBN through its Facebook fan page. It said Vhong will reprise his role in the movie. 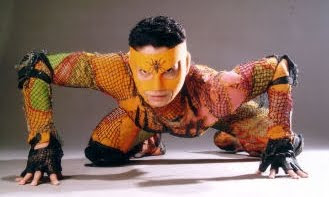 Rumor has it that Gagamboy 2: Ang Pagbabalik 2011 movie will be released in 3D.