The fire at Guadalupe Laperal reportedly caused heavy traffic there. Authorities are still probing the cause of the EDSA - Guadalupe fire.

Update as of 2:25 pm: Makati Fire city marshal Supt. Perdigon said on television that the Guadalupe fire is now under control.

MMDA‎ update via Twitter as of 12:40 pm: Fire ongoing at Guadalupe Laperal now on General Alarm. 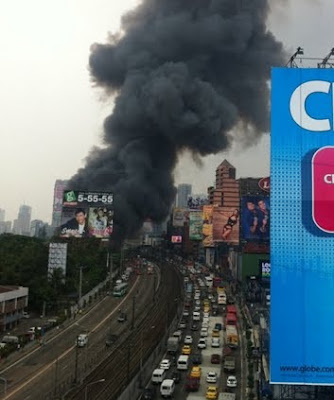