By Coolbuster
April 23, 2011Bishop Carlito CenzonFather JV IlanopoliticsReligionReproductive HealthRH Bill
The Manila Bulletin reports that Bishop Carlito Cenzon of the Diocese of Baguio has ordered an investigation into the alleged walkout of pro-reproductive health (RH) bill advocates during mass celebrated on April 10 at the city's Our Lady of the Atonement Cathedral. 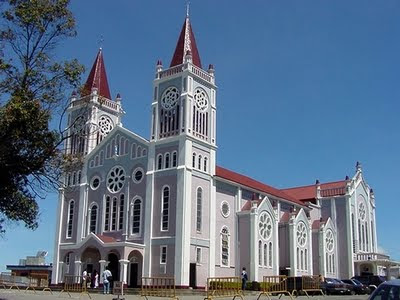 Bishop Cenzon reportedly said the walkout may have been triggered by the homily of the officiating priest who, according to an ABS-CBN report, asked churchgoers to leave if they support the RH bill.

The prelate, however, reportedly declined to comment on whether or not the priest will be meted sanctions if he is found to have violated the guidelines for priests in their delivery of homilies.

It can be recalled that Father Jose Vernon “JV” Ilano while celebrating a noon Mass spoke out against the RH proponents and even mentioned former Akbayan party-list representative Risa Hontiveros-Baraquel as among the supporters of the measure.

Father JV's remarks, sources said, were recorded on a mobile phone by some churchgoers and the video was later forwarded to ABS-CBN. In a report, ABS-CBN quoted the priest as saying “If there is anyone in the Mass here who are pro-RH bill…please, go out. It’s useless.”

“Don’t use the pulpit, which belongs to all the lay people, as attack vantage point,” she reportedly told ABS-CBN.