By Spicy Sugar
April 03, 2011Bb Pilipinas 2011Beauty and Fashionnews
Binibining Pilipinas Charities, Inc. earlier this week posted on its official website that the Bb. Pilipinas 2011 candidates will be in the annual Parade of Beauties to officially welcome Summer. The festivities begin 4pm Sunday at Balay and will end at the Gateway Pavilion.

In another update, ABS-CBN will also air “The Road to the Crown,” the pre-pageant party and “by invitation” affair for the pageant’s directors, VIPs and corporate sponsors, tonight. 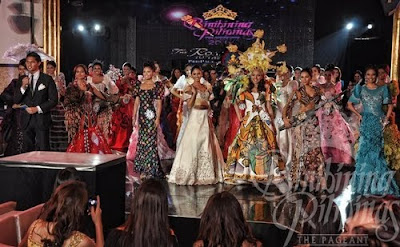 “The Road to the Crown” also features the activities that the girls have been engaged in since they passed the initial screenings which includes among others the talent competition, fashion show, charity and outreach visits, fashion and beauty workshops, and a television commercial shoot.

The Bb Pilipinas 2011 coronation night will be aired live on ABS-CBN from the Araneta Coliseum on April 10th.