16 Towns can be declared as Cities, SC rules with finality — Source

By Unknown
April 12, 2011newssupreme court
After reversing its decision on the issue thrice since 2008, the Supreme Court (SC) on Tuesday ruled with finality that 16 towns can be declared as cities without complying with the P100-million annual income requirement imposed by the Local Government Code (LGC), reports GMA News on Tuesday.

Majority of SC justices denied with finality the appeal of the League of Cities of the Philippines (LCP), which is seeking to block the conversion of the towns into cities, according to an SC official who spoke on the condition of anonymity, the report said. 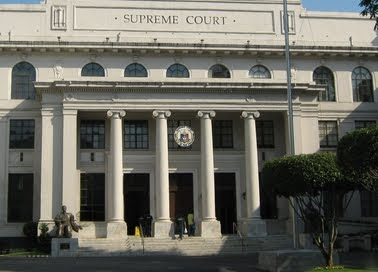 A denial of the appeal of the LCP, apparently, is equivalent to a ruling on the finality of the High Tribunal’s February 2011 decision that the 16 cities can stay as cities.

The hint, based on the report, is that the Rules of Court prohibit the filing of second motions for reconsideration once a ruling becomes final. It said, Section 5, Rule 27 states that:

“No party shall be allowed a second motion for reconsideration of a judgment or final order.”

Congratulations to the people and LGUs of the following: