By Spicy Sugar
March 09, 2011celebrity scandalnewsPaulo Avelino Scandal
The Bench Return to Tempation ad campaign was launched recently with Kapuso star Paulo Avelino as the product endorser. His sexy underwear photos, which apparently accidentally showed-off one of his balls, caught the attention of netizens across Twitter, Facebook and blogs and has become a controversial and trending topic.

Showbiz blogging sites noted that the Paulo Avelino's Bench photo, once zoomed-in, will prove to be NSFW (kids, beware).

Take a look at this photo uploaded by blogger MyKiRu IsYuSeRo and it's up to you to judge if it's really scandalous. Click the photo to zoom-in. 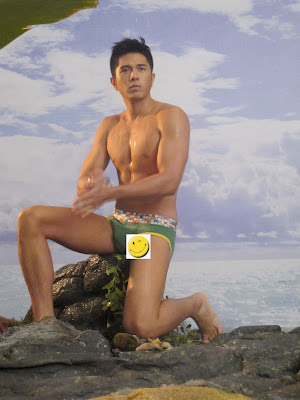