By Unknown
March 10, 2011browserFirefox 4 RCtech news
Open source software developer Mozilla on Wednesday released Firefox 4 Release Candidate (RC) which is now available for download. Mozilla says this Firefox 4 RC is considered to be stable and safe to use for daily web browsing, though the features and content may change before the final product release. 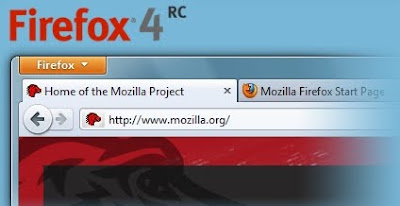