By Spicy Sugar
March 04, 2011concertsLady GagaMaria Aragonnewsvideos
Maria Aragon, the 10-year old Filipina-Canadian who became an instant YouTube sensation after her cover of Lady Gaga's "Born This Way" received attention and appreciation from the international pop superstar herself and millions of viewers around the world, on Thursday evening performed a duet with her idol, live. 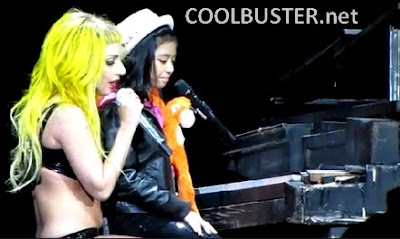 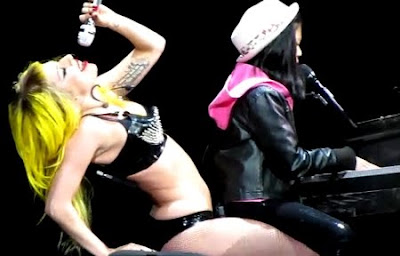 Maria Aragon sang "Born This Way" with Lady Gaga during the latter's concert at Air Canada Centre in Toronto, Canada. It was a dream come true for the young singer.

Aragon sat on Lady Gaga's lap while singing the hit song that catapulted her to fame in all corners of the world wide web.

Lady Gaga was reported to have been emotional during the performance with Aragon who, at the same time, was very grateful to her idol for giving her the chance to perform on stage.