By Unknown
March 04, 2011Laptop RegistrationNBInewsproposed lawstechnology
The National Bureau of Investigation (NBI) is lobbying for a legislation that they believe would help minimize, if not totally eradicate, cybercrime. The NBI is proposing a law that would regulate laptops, SIM cards, and other devices which are used to connect to the Internet, GMA News reports. 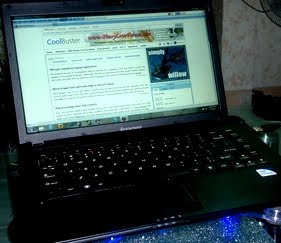 According to NBI Anti-fraud and Computer Crimes Division chief Palmer Mallari, regulating the use of laptops and other devices “would help law enforcement agencies in the fight against cybercrime.”

In his proposal though, Mallari admitted the fact that law enforcers often have a difficult time tracing specific users who connect to the internet through laptops and wireless connectivity.

He said, if the government would require users to register their devices used in connecting to the internet, law enforces will have an easier time tracing those who may be involved in certain cybercrimes.

The idea of registering laptops and other devices is now the subject of public hearings at the Philippine senate. Senator Edgardo Angara, chairman of the Senate science and technology committee, foresees a 'tremendous opposition' to this effort.

Do you think it's the right move to battle crimes that are committed through the internet? Your thoughts?