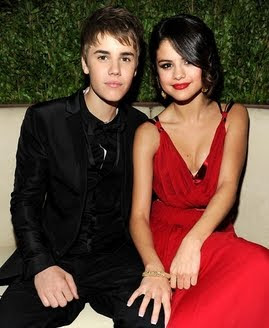 In December last year, as far as I can remember, JB and Selena denied they're having a relationship and insisted they were just friends. Yet fans say both were already secretly dating.

Last Sunday, they came out in the open as a couple at Hollywood's biggest night. I wonder what their fans would say about it.