By Unknown
March 06, 2011angelina jolieBrad Pittnews
Hollywood stars Angelina Jolie and Brad Pitt were reported to have inquired about a possible adoption of a Filipino child from Hospicio de San Jose in Manila, a home of orphans and the oldest Catholic charitable institution in the country.

Geronimo already clarified through Manila Bulletin that the information he accidentally learned was only an inquiry and no follow up steps had been made by the couple or their representative.

So far, no official statement from the couple on any website, blog, social network, TV or paper has surfaced. Since 2009, they were already rumored to have tried adopting a Filipino child. 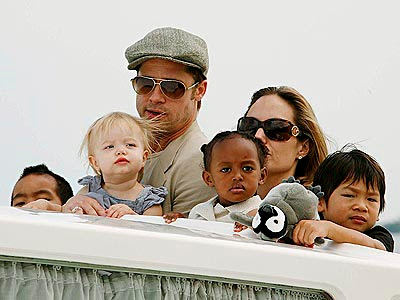