By Spicy Sugar
March 30, 2011Aga MuhlachKapatid NetworkTV5
TV5 on Wednesday officially announced the entry of Aga Muhlach in the roll of Kapatid artists. According to Aksyon news program, the actor signed a contract with TV5 which finally confirmed the long been rumor of his transfer from ABS-CBN to the MVP-managed broadcasting firm. 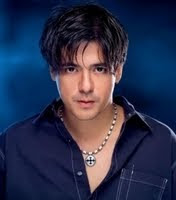 Controversial game show host-producer Willie Revillame mentioned of Aga Muhlach becoming a Kapatid since December last year, but it's only after 3 months that the contract signing was carried out.

It was held on Wednesday, March 30, at TV5's corporate office at the Marajo Towers, Bonifacio Global City in Taguig. Aga signed a three-year, non-exclusive contract with TV5.

TV5 Head of Creative and Entertainment Production Perci Intalan revealed that the actor will apppear in an international franchise reality show, reportedly the Philippine version of “The Amazing Race.”

The TV5 official reportedly added that Aga is just one of the many celebrities who will be jumping ship within this year.