By Unknown
February 16, 2011microsoftnokiaNokia Windows PhonesWindows Phone 7
Nokia late last week announced a long-term partnership with Microsoft, an alliance that will bring “a new ecosystem to the world of mobile devices” it said. This means that future Nokia smartphones will operate on Microsoft's mobile operating system — Windows Phone 7.

I know you got this question in mind: What will happen to Symbian OS and Maemo?

I think these platforms will still be around; these will come with cheaper and simplier Nokia mobile phones. In fact, Nokia said they will roll out user interface improvements to Symbian this year which will further enhance the existing software and make it even easier to use.

Going back to the Nokia + Microsoft partneship. What do we expect? A lot.

Nokia in a blog post mentioned that multitasking, Twitter, copy and paste are some of the features to come to Windows Phone. Windows Phone 7 doesn’t have these features yet but they will, soon, although no information as to what Nokia smartphone model(s) will be launched (or reformatted if it's even possible) for that has been disclosed.

According to a Microsoft press release, explained by Nokia:
All of these features will be added over the course of this year, Nokia said. Microsoft, meanwhile, is targeting significant volume of Nokia Windows Phones in 2012 (tech news sources predict it may come in 2011, sooner than expected, due to public clamor).

What do Nokia Windows Phones look like? Engadget has revealed the following concept. 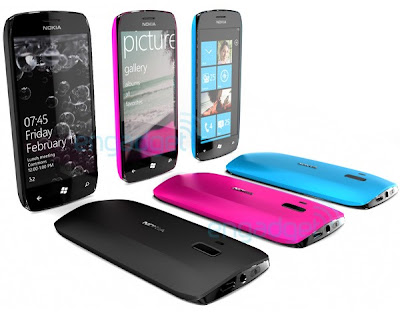 This is something great to look forward to.