By Unknown
February 08, 2011Angelo Reyesnews
The remains of former DND and DOE secretary and AFP chief of staff Angelo Reyes now lie in state at Arlington Memorial Chapel in Araneta Avenue in Quezon City, Philippines, TV news reports reveal. Visitation to Reyes is currently limited to members of his family and closest of friends. 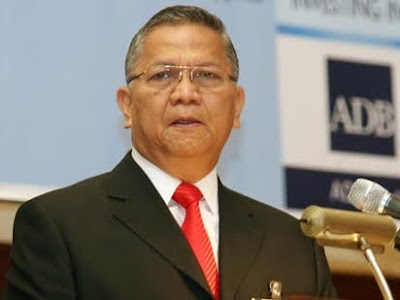 Burial and interment schedule and other details were kept private. Sources say the family is still contemplating whether or not to transfer his remains to a much larger venue to accomodate more people who will pay respects to the late general.

The former secretary died on Tuesday, February 8, due to a gunshot wound in his chest. Apparently, he fired a .45 gun to take his own life. Police authorities reportedly said Reyes' death was self-inflicted while at the same time dropping off foul play as an angle.