By Spicy Sugar
February 11, 2011Angel LocsinAngel Phil loveteamPhil Younghusband
Phil Younghusband and his team, the Philippines Azkals, triumphed over Mongolia in their 2011 AFC Challenge Cup qualifier match last Wednesday. A day after the game, he sent the country's sexiest, Kapamilya star and “Imortal” lead actress Angel Locsin, a tweet inviting her to a date this Valentine's Day. Was he successful?

“Tnx for the invite but I have work on valentines.. Let's try another day.” 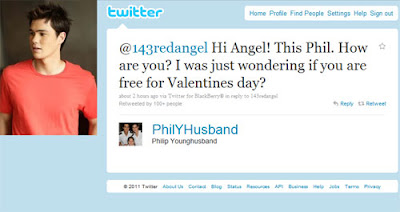 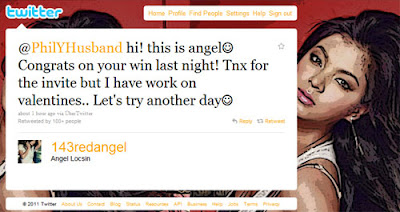 Phil still has the chance, doesn't he?