By Unknown
January 08, 2011applemacsocial networkingtech newsTwitter for Mac
It's official. Twitter two days ago launched a slick and simple desktop application for Mac computers. The micro-blogging site said that the new app, which was rolled out as part of the Mac App Store, gives Twitter users on the Mac platform another fast and convenient way to stay connected. 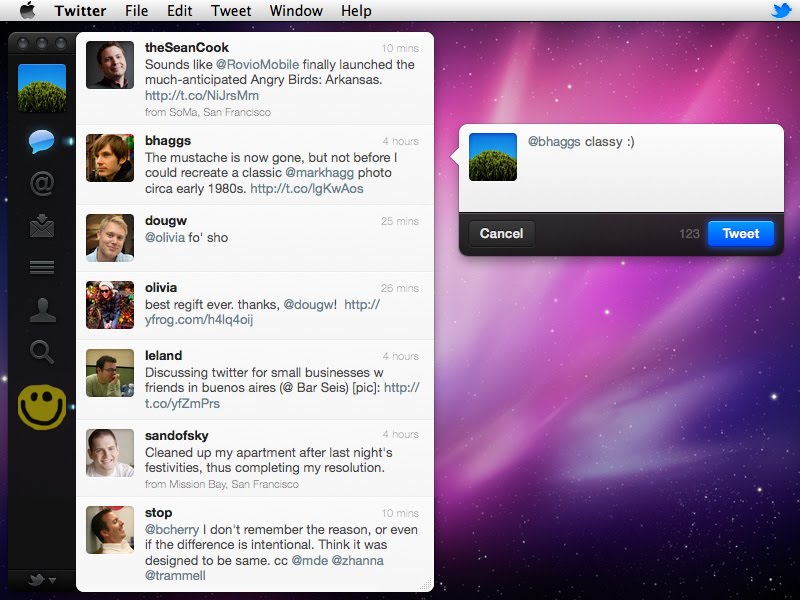 With the new Twitter for Mac, tweets appear in real-time. The app, accordingly, auto-shortens URLs, has lots of useful keyboard shortcuts and is also 3 times faster than its previous version.

Twitter for Mac is available for free at the Mac App Store.