By Coolbuster
January 04, 2011AndroidHoneycombTablet PCtech newsToshiba
Toshiba is set to launch a new 10.1-inch Android tablet at CES 2011 this week. According to tech blog Engadget, the device will sport a dual-core NVidia Tegra 2 processor, and is expected to run “Honeycomb” which is an upcoming version of Google's Android mobile operating system. 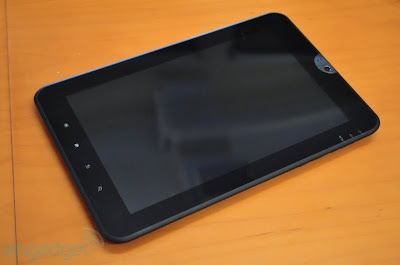 The Toshiba Tablet will have a 1280×800 resolution capacitive display, a 5-megapixel back camera and a 2-megapixel front camera for video calling.

Toshiba 10.1-Inch Android Tablet specs, features, price:
Toshiba's tablet will be released in the first half of 2011, sources say. We will be updating this post once more information are made available.