By Admin
January 19, 2011bloggernewsSenate Bill 455 15th Congress
Senator Miriam Defensor-Santiago on Wednesday said she wants to include bloggers and online journalists in Senate Bill 455, which seeks to amend Article 248 of the Revised Penal Code to specifically include the killing of a member of the broadcast and print media in the conditions by which murder is determined, GMA News reported. 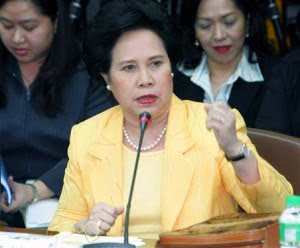 “There is no reason why only members of the broadcast and print media should be included in the proposed law. Due regard must also be given to practitioners of the digital media,” Santiago reportedly said on Wednesday.

“With the popularity of blogs and video-sharing websites such as YouTube, there are now a lot of people who regularly post sensitive political commentaries online, with content similar to those traditionally published in newspapers or broadcasted over the television. It is clear that practitioners of the digital media are exposed to the same dangers that print and broadcast media practitioners are exposed to, so they should likewise be given protection by the law,” she said.

Read more of this article at GMANews.tv

Two thumbs up to Senator Santiago on this one! Thank you Madam.