By Unknown
January 24, 2011ABS-CBNnewsPhilippine Azkalssports
The Philippine Azkals football team on Monday has signed a contract with the Kapamilya network, an ANC news report said. ABS-CBN Sports will cover and telecast all of the games to be played by the Azkals this year via its UHF channel Studio 23 and The Filipino Channel (TFC). 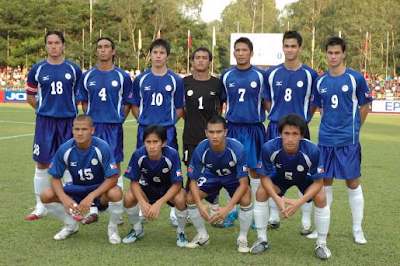 The broadcast giant is the official media partner of the much-anticipated AFC Challenge Cup match between the Philippine Azkals and Mongolia on February 9. This will be followed by other tournaments throughout the year including the qualifying tournament for the 2014 World Cup in Brazil.

The Azkals' games during the AFF Suzuki Cup last year garnered viewership and rated well when they were aired on Studio 23, ANC reported.