By Admin
January 05, 2011EOGovernment DocumentsOpen Skies PolicyPresident Noynoy Aquino
Malacañang says the draft of President Benigno S. Aquino III's executive order (EO) that will set the guidelines for the Philippine government's “Open Skies” policy is now being prepared; the final version of which is expected to be released within this week. 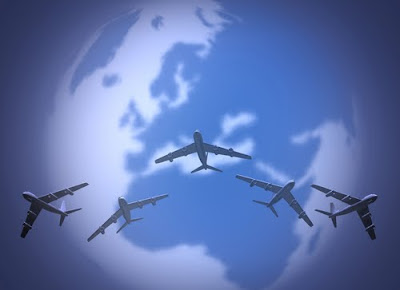 Image credit: Tutor2u.net
The president, according to media reports, said that the EO “will allow unlimited international flights to secondary gateways such as Davao, Cebu, Iloilo, Kalibo, Puerto Princesa and Laoag.”

This post will be updated for the complete / full text of the EO on “Open Skies” Policy.

MANILA, Philippines - President Aquino declared yesterday that the government would extend the open skies policy to the international market to attract more investors and tourists, and generate employment in the process.

“It will be a full implementation (of open skies policy). I think we will start muna with what is called pocket open skies. Talagang i-strengthen natin and pararamihin,” he told Palace reporters at the sidelines of the launching of his pet project – Public-Private Partnerships.

In a speech he delivered at the PPP launch at Marriot Hotel in Pasay City, Aquino said “what remains to be done is putting teeth to existing policy.” “We will pursue the implementation of Executive Order 219 in international aviation.”

“We recognize that international aviation is a major driver to economic progress and a leading catalyst and facilitator to tourism and trade development and to employment generation,” Mr. Aquino said.

“Aviation moves 98 percent of international visitors, 54 percent of Philippine export value and more than one million overseas Filipino workers per year,” he said, noting that the country is lagging behind Malaysia and Thailand’s 14 million visitors every year.

Statistics from the tourism department show that Philippines only has three million tourists yearly.

He said the archipelagic layout of the country, accompanied by bureaucratic red tape in government, have made traveling – particularly to foreigners who bring in dollars – a disaster that eventually discourages them from visiting tourist spots.

The implementing rules and regulations of EO 219 are being finalized, and agencies concerned with such will be announcing the details of such.

“EO 219 provided the framework for liberalizing the country’s air policy as far back in 1995. The impact measure has been dramatic in the domestic passenger market as passengers have enjoyed a wider range of choices and travel opportunities,” Aquino recalled.

“The change in the country’s investment policies has been a crucial factor in building up confidence in the economic prospects of the country. This is what we will do with aviation,” he said.

Extending the open skies policy to international aviation will create “tourism-related jobs through the increase in local tourism, trade and investment,” he said.”