User gets 1 spin per token earned. To start playing, user clicks the SPIN button to begin the randomizing process until it stops. The Play page will display a mobile phone screen where 4 columns show rotating images. Player gets a “winning combination” when the screen displays 4 of a kind image of the prize. Winners are randomly seeded in a pre-determined order.

I think the Smart Buddy Lucky Combo is a fun game, read the full mechanics here. 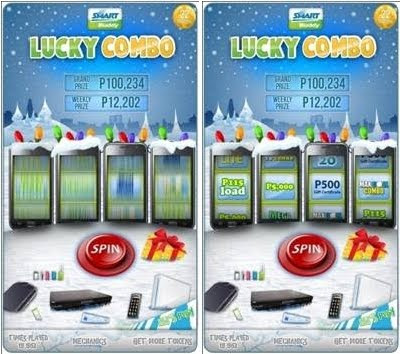 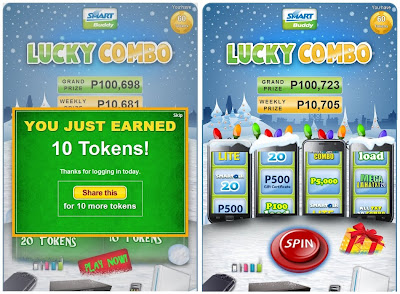 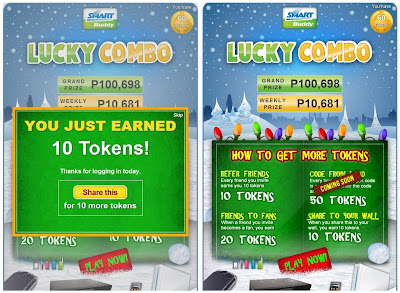