By Unknown
December 14, 2010Hubert Webb AcquittalPhilippinessupreme courtVizconde Massacre
Not Guilty! This was the final verdict of the Supreme Court on Hubert Webb and six others who were found responsible of rape and homicide in the Vizconde Massacre by the lower court ten years ago.

On Tuesday, December 14, 2010, the high tribunal gave the appellants a favorable decision, an acquittal, which will set them free, released from the Bilibid prison after 15 years. SC justices voted 7-4-4 in favor of acquittal (7 voted for acquittal; 4 inhibited; 4 for guilty). 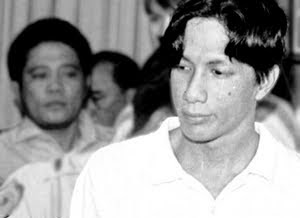 The conviction of Hubert Webb et al. was handed down in 2000, upheld by the Court of Appeals in 2005, and has been on appeal before the SC since 2007.

The Vizconde case, a much-celebrated one where scions of rich families were sentenced to life imprisonment for the rape and murder of Carmela, her mother Estrelita and sister Jennifer, is now a closed book.